I recently spent a few wonderful days in the Penticton-Summerland-Naramata area. While there I got caught up with the real estate happenings, courtesy of a former Vancouver Realtor colleague now working in the South Okanagan.

The South Okanagan continues to benefit from an influx of retiring baby boomers, particularly – and perhaps surprisingly – from Alberta. A good portion of the Alberta boomer generation has made money in the oil and gas industry – either by working directly in the industry, or by owning one of the many ancillary businesses. Having profited from past industry booms, a number don’t want to stick around waiting for the next boom, preferring instead to cash out and head for retirement in warmer climates. The poor performance of the Canadian dollar tends to preclude the US as a destination for many, leaving Summerland, Osoyoos, Oliver, Penticton and Naramata as the hot spots.

Naramata has a number of new, small subdivisions, with more to come. In fact, my Realtor colleague mentioned that Naramata may not be fully built out for another fifteen years. Surprisingly, even close-in lakeview lots do not seem to be actively selling, with prices stable in the $200k - $300k range for a ¼ acre lot (with some of these lots at half the price they were listed at several years ago). It seems that these new transplants are not interested in building their dream home (and dealing with builders in a market they don’t know, etc. etc.) on their dream lot; rather, it’s “we just want a newish house with a lake view”. And, with 50% of the building costs required up front and banks often unwilling to lend on spec, much of the younger working population does not have the wherewithal to self-build.

The boomer desire for a simpler lifestyle – where they can just move to a “lock and leave” ready-made home – explains the success of Skaha Hills, a 600-home master-planned community and the region’s largest real estate development ever. It’s located at the south end of Penticton near the airport, with a federally protected 99-year pre-paid crown lease.

As in Vancouver, younger families and singles have a more challenging time. Job prospects in the region remain relatively dim; in the past many young people headed up to the Northern BC gas fields for work, although that’s tapering back now. Despite this, the real estate market is relatively active, with some modest price rises.

Despite the challenges, for most residents the South Okanagan lifestyle can’t be beat. If you’re interested in exploring this area, I’ll be happy to introduce you to my Realtor colleague, who can provide expert advice and top-notch service.

I do hope you're able to get away this summer for a even few days. Regardless of where you get to, beautiful BC is just around the corner.

Want to stay on top of real estate news and views? Like me on Facebook. (Note: This article was originally published in my August e-newsletter. Drop me a line if you'd like to subscribe.) 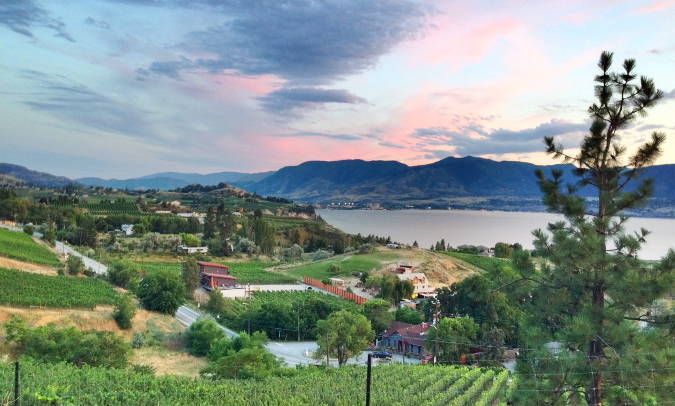