Is it time for bold action in Metro Vancouver? A tale of two cities

As much as we might think our current housing market is unique, home buyers and sellers throughout the world have seen it all before. And are experiencing it even now. London, New York, Sydney - these and many other cities have highly inflated housing costs relative to average resident earnings. Some have been wrestling with this issue relatively briefly - like Vancouver and Sydney - other cities for many, many years.

Here in Canada we currently allow wide open access to home ownership. Home buyers needn't be citizens, or even residents. Some jurisdictions elsewhere, however, do restrict property ownership. In some countries, non-citizens are prohibited from owning property altogether. Other jurisdictions disallow ownership of properties within a certain distance of the sea shore, or any properties other than brand new homes.

Political leaders have differing reasons for restricting property ownership, of course. However, we may learn something from how others handle the affordability issue.

Sadiq Khan, the new mayor of London, is actively pursuing potential solutions to improve housing affordability for London residents. Mr. Khan's feels -- as do I -- that a society with no or limited opportunity for home ownership, or one in which workers have no choice but to be caught up in the relentless commuting slog, is a society heading towards long-term instability. 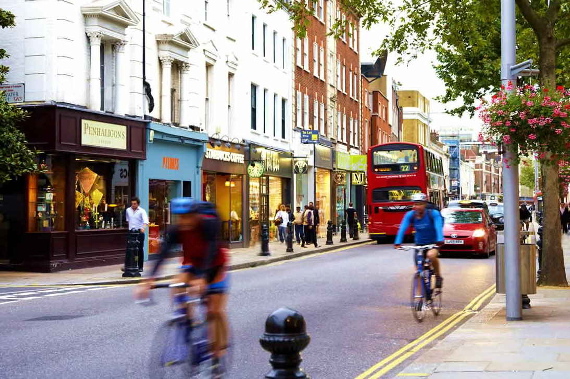 Mayor Khan is considering a number of initiatives to help residents live closer to their urban workplaces. It’s early days, but the initiatives under discussion include requirements for developers to market to local citizens for six months before selling to non-citizens, or closing the market to non-citizens completely. More about Mayor Khan's proposals in the Globe and Mail, here.

When I see efforts here in Metro Vancouver to densify neighbourhoods; and observe the struggles and conflicts endemic with that sort of change; and then see much of the new housing stock sold offshore before local residents are given a chance to buy - if they can afford to do so, I see a recipe for escalating societal strife. I struggle to see how local residents benefit from construction of new neighbourhoods or condo towers that are virtually all owned by non-residents.

In the short term, having no choice but to rent may be fine. It's one thing to be a renter when you're young and have a relatively flexible lifestyle, but time marches quickly on. Twenty-five years old becomes forty years old quite quickly. To be forty years old, married, perhaps with children, little to no savings, trying to stay afloat in a fast-changing job market, with no private pension or an unsure government pension, paying rent to a landlord with no hope of owning to build equity on your own...well, this does not a pretty picture make. Tens of thousands in Metro Vancouver may be facing such a future. And, unlike the US, for instance, the lack of sizable urban centres here in Canada with a good variety of job opportunities somewhat limits young people's mobility.

How London addresses their thorny housing affordability issues in the near future will be interesting to observe. Perhaps Metro Vancouver's political leaders can also step up and consider bold action.


(Note: This article was originally published in my monthly e-newsletter. Drop me a line if you'd like to subscribe.)