Autumn 2018 brings us a season of change

Well, this has been a most interesting autumn.

It's no secret that all levels of government have installed measures to slow the real estate market. From all accounts, these measures are working. Significantly fewer people are looking to buy homes this fall, which in turn is leading to downward price pressure as sellers want to get their homes sold. Whether or not this is working in your favour is the question.

Most home sellers are selling and buying in the same "market" point of time. They may receive less for their home sale than just a few months ago, but the home they subsequently buy will likely be at a relatively lower price point as well. This is the most common scenario with my clients. Absolute values may not matter much in such a scenario, as the relative spread between the two properties remains more or less similar.

And of course, first-time buyers or those newly arrived here will find prices somewhat more palatable. For first-time buyers especially, however, lower prices may be more than offset by the much more stringent mortgage stress test rules.

Just a trickle of activity

We don't have final October stats yet, but your Realtor on the ground knows that overall sales volumes will be less than half of those this time last year, with many sub-markets off 75% or more. Activity is just a trickle of what we saw earlier this year, or, really, in any autumn season previously.

I've seen sales to listing ratios as low as 2% in some areas. Simply put, this means only 2% of the average monthly inventory of available homes sells in the month. Conversely, 98% of homes don't. A home sale requires a buyer, and, in general, buyers are in extremely short supply. It's the classic perfect storm, with several issues conspiring to discourage buyers. Many buyers are in "wait mode", waiting to see what kind of deals the spring market will bring. Some buyers are unable to finance due to the new mortgage stress test requirements and/or higher interest rates. Some buyers are reluctant to buy at all due to weakening market conditions. And some buyers have left the Metro Vancouver market all together, choosing to buy elsewhere.

That being said, I've managed to have an extremely active October, with five firm sales and another pending. As an indication of the general market activity, this is more individual sales than 95% of other Metro Vancouver Realtors. While homes are still selling, sales are relatively few and far between. A successful sale in any market has many pieces to the puzzle, including the Realtor. I like to think my clients are happy they've had me on their side!

I don't expect significant activity for the remainder of this year. Nov/Dec/Jan are low-activity months at the best of times; I expect an exaggerated slowdown for winter 2018. Just too much oversupply and under-demand, even in the formerly-robust condo and townhome market. However, I'm optimistic we'll see new enthusiasm in the New Year. Life goes on for everyone, and life for many people may include a change of address.

If you're considering making a move next year, I'd suggest that February is the time to begin the process. Once we move into February, we typically see the first signs of Spring activity. However, regardless of when you might want to sell or buy in 2019, we can chat anytime now, as there is much pre-planning that can be done between now and then.

Metro Vancouver continues to be one of the world's most sought-after and in-demand locations. Home values have steadily increased for some time; now we're seeing a pull-back. But in any real estate market values go up, values go down. And no doubt here in Metro Van they'll rise again. Simply put, owning property here remains a strong and prudent long-term play. 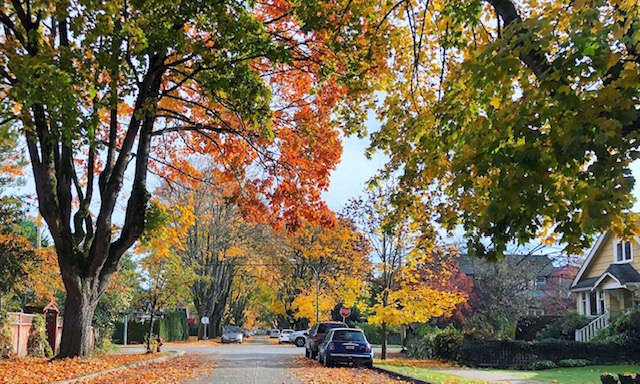