The market today: Intent and effect, and hot vs. not

The BC budget has been analyzed backwards and forwards over the past week, so I won't get into it here. One aspect, however, warrants some discussion.

A "speculation" tax? Not so much

The BC government introduced what it's calling a "speculation tax" -- a 2% yearly tax on homes in major centres owned by non-BC residents. Yes, it will result in some speculators paying some tax, but it will also affect any non-resident who owns a second home here. I’m suggesting most of these people are not "speculators". Speculators hold for a short time and sell for a quick profit. If a non-resident buyer bought and sold within a year (without living in the home or renting it full-time), they would pay 2% of the home’s value, plus (if in Vancouver) the 1% empty homes tax, plus the provincial transfer tax of another 2-3%. For this type of buyer, these taxes may or may not be enough to dissuade them from their speculation activities.

Alternatively, an Albertan, for example, or any other non-resident who owns a second home here not rented out full-time, will pay the “speculation tax” not once when they sell, but each and every year. This is not a speculation tax at all, but simply a penalty tax for any non-resident second homeowner in Vancouver, the Fraser Valley, or the Kelowna and Victoria/Nanaimo areas. One of my clients is an Alberta resident, with a condo here in Vancouver. With Vancouver city taxes, the 1% empty homes tax, and this new 2% tax, she'll now be paying approx. $33,000 in yearly taxes, based on 2018 values. Over the course of 20 years, it's not unreasonable to assume that the value of her property will increase, and thus the yearly tax amount as well. Hypothetically, this owner could have paid 80%, 90% or perhaps more than 100% of the 2018 value of their home in BC and City taxes by the time they sell. And of course, add to that capital gains taxes as well.

This new "non-resident penalty tax" may discourage non-residents from owning here, and thus may moderate prices due to decreased demand. If this is the government’s intent, why not simply call it what it is? And if the government's intent is to truly discourage speculators, is this new tax enough to make a difference?

So, how are things on the ground here? As usual, this depends on what, and where. Some markets have slowed right down; others are as hot as ever. Anecdotally, foreign buyer activity seems to have peaked two years ago, and has been tapering off ever since. With the new BC government policies, tightening requirements by the banks, the steep rise in prices, and any number of other factors, foreign buyers are finding it more difficult to justify a purchase here. As a client of mine mentioned, recent government policy and banking changes here are great for the Seattle market!

As expected, the higher the property value, the more it's been affected. Here's a few recent market observations (and if you’d like details of other areas, just ask):

Generalities are useful to a point. But as you know, the story for an individual property can vary greatly. For a true picture of your home's value, we'd need to analyze the many specifics of your home, neighbourhood, etc.

Regardless of new and never-ending government intervention and policy, and the subsequent effects on the market, people will continue to sell and buy homes for any number of reasons. If you're essentially trading in the same market -- selling to buy another home of the same general type and in the same general area -- price movements are less of an issue, as both homes will likely have the same relative change in value, whether up or down. But trading up or down or across markets requires further analysis. That’s where I come in!

Thinking of selling or buying in 2018? Contact me any time to discuss the right strategies for your situation. With 16+ years experience and close to 600 homes sold in all market conditions, I can help you successfully navigate our changing real estate landscape.

Reprinted from my March 2018 e-news. Get my monthly e-news direct to your in-box. Contact me to subscribe. 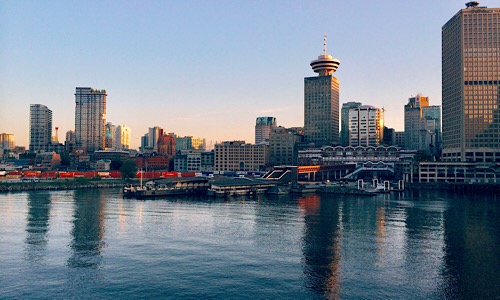